To celebrate the launch of My Incredible Opinion: Season Two, everything is 25% off in the store this weekend. That's any book including Unvaccinated, which is only $6.99 usually but is $5.25 with the discount.

If you're unfamiliar with my books, I'll give you a quick run down. Unvaccinated is a short book anyone can read in two or three hours. The full title is Unvaccinated: Why Growing Numbers of Parents Are Choosing Natural Immunity for their Children. It's very simple to read and is meant to be shared and given to others—almost like a Bible tract. Many people have taken a second look at vaccination after reading this book.

The Moth in the Iron Lung is probably my most popular book. It tells the actual story of polio—a story that most people have never heard before. In the late 1800s, children started coming down with paralysis—mainly in their legs—in the Northeastern United States. Doctors were confused because it was something they had never seen before. The paralyzing illness began to extend outward from the Boston area and although they didn't realize it at the time, mirrored the spread of an invasive insect that had been ravaging New England at that time—the gypsy moth.

It's a fascinating tale that will probably answer any question you've ever had about polio. If you've never looked into it, I can guarantee the actual events surrounding this strange illness are much different than what you learned as a child. The Moth in the Iron Lung is normally $17.99 but can be yours for only $13.50 this weekend!

Another popular book of mine is called Crooked: Man-made Disease Explained. From autism to Alzheimer’s and from chronic fatigue syndrome to Crohn’s disease, Crooked methodically goes through the most recent scientific research and connects the dots from the outbreak of metallic medicine in 1800s England to the eruption of neurological and autoimmune disorders so many are suffering from today.

Why do babies have lopsided smiles? Why are so many people’s eyes misaligned? What started as a simple search to understand this phenomenon turned into a two-year quest that uncovered hidden links between our crooked faces and some of the most puzzling diseases of our time.If the theories put forth in this book are true, the convergence of metals, microbes and medicine that started two hundred years ago may have set humanity on a path of suffering that could make the deadliest epidemics in history pale in comparison.

The Autism Vaccine is a book that follows the story of diphtheria and the development of a vaccine—the childhood shot that was first associated with autism. If you don't know much about Diphtheria, it was a bad throat infection made worse by medical care at the time. It has a fascinating history—including the origins of the Iditarod dog-sled race across Alaska and the reason we think of guinea pigs as being used for experiments.

This story is made more interesting as we follow along with the Dionne Quintuplets, a world-famous set of five young girls who grew up on a farm in Canada and became a worldwide sensation as the only living set of quintuplets. Their lives, watched by nearly everyone across the globe, have what appears to be a tragic link to the diphtheria shot.

If you've ever wondered why so many parents insist their children developed autistic symptoms directly after their childhood shots, this book will give you a crystal clear explanation. Normally priced at $18.99, it's only $14.25 this weekend.

The Red Pill Gospel is a book that is very important to me. The full title is "Red Pill Gospel: Christianity before it was ruined by Christians." My Christian faith has come so far in the past few years and I wanted to document all of the realizations me and my family had gone through as we studied the Bible and the Christian faith more closely than we ever had.

In the same way we realized that we were being lied to about vaccines, we also began to realize that much of our Christianity was based on man-made doctrines—things which never appeared directly in the Bible. So many of the questions about Christianity that had been nagging me ever since I was a teenager began to come into focus. Everything made sense. There weren't anymore dusty corners of my faith that I avoided thinking about because of confusion or guilt. If you're a Christian, or are curious, I hope you can give this book a try. Just like the polio story, I can guarantee the Christianity you grew up with is much different than what they were practicing 2,000 years ago. Normally $14.99, Red Pill Gospel is just $11.25 this weekend.

Finally, Unequaled is the most recent book of mine. The full title is Unequaled: How social justice, critical race theory, and the hunt for equality are ruining America and the Christian church. This is fairly short book that explains how inequality—the presence of diversity—is a natural component of God's creation and that we are sowing the seeds for misery and violent conflict by insisting on equality instead.

If you're sick and tired of hearing about racism and white privilege and have noticed your local church start getting interesting in trying to become more "woke," grab a copy of this for your pastor. I took this book off Amazon recently, fully expecting they would ban it if I didn't. I had a change of heart and decided to put it back up and let them ban it if they won't. It's controversial, for sure, and will be guaranteed to offend. Normally priced at $11.99, it's on sale this weekend only for $9.00. I hope you're able to read this important book! 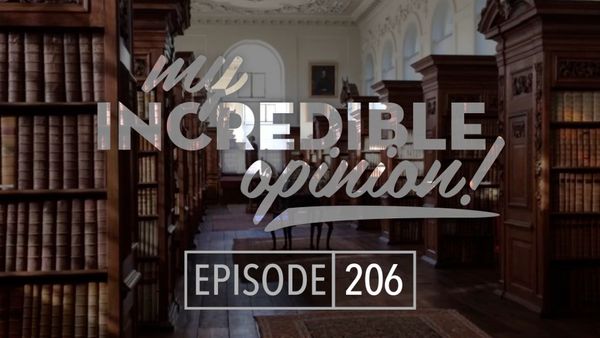 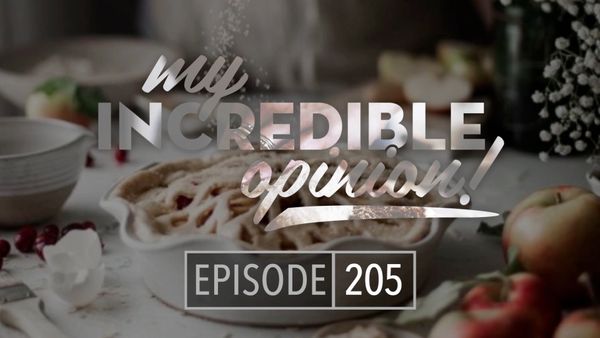 Whose side are you on? Do you know where you stand? Our country is in the midst of splitting right now. If you are not preparing for serious change in what you thought was your life’s trajectory right now, you should probably start thinking about what the future is going to look like.