Are we there yet? Is it time to circle the wagons? You’re feeling it, right? I know I am.

Shutdowns. Lockdowns. Hysterical people wearing masks everywhere, praying for more vaccines. People wearing masks in their cars. Swimming at the beach. The nation of sheep we’ve become is on full display right now, and no one—democrat or republican—seems to have been spared.

This is nothing new, of course, but the current hysteria around coronavirus has really made it clear how few people think for themselves. Even without coronavirus going on, there’s rioting and looting. Law and order is breaking down—not because police won’t do their jobs, but because people in charge are preventing them from doing their jobs. It feels like people are purposefully trying to destroy our country. And I think they are doing a pretty good job of it.

If you’re a Christian and appreciate the gift our country once represented, you should listen to what I’m about to say: We’re losing our country very quickly now. It’s been a steady trickle over the past couple of decades but over the last few months, things have accelerated. Every day seems like some new attack on our beliefs, our freedoms, our history, or our future. There are many people in power who do not like us and are steering our country towards a place where we will not be welcomed. I’m reaching out to you now because there may not be much time for us even to connect. Depending on the way things go over the next couple of months, we may not ever be able to speak freely about these things. “Why isn’t someone doing something?” you’ve probably asked out loud. Well, I’m doing something. I have an idea about what needs to happen, and I hope you’ll hear me out.

I’m going to open explore the idea of a Christian community of people. I KNOW this thought has crossed your mind. I know you’ve probably asked yourself, “Wouldn’t that be simpler? Wouldn’t we all be happier if some people went over here and others moved over there?” If you DON’T think this would be a good idea, you can move along. There’s nothing for you here. I wish you a peaceful existence

Occasionally you’ll hear stories on the news about the potential threat that Christian nationalists pose to the United States. Whenever I first heard that, I thought, you mean they’re people like me out there that want to live within a community of Christians? That sounds awesome! Sounds kind of like how America used to be. Where’s the threat in that? You can look on Amazon and find all kinds of books that write about the horrors that a community of Christians would create, but I couldn’t find a single book where anyone was actually talking about doing it.

So where are the Christian nationalists? There are no books on Amazon. No videos on YouTube. Is there a secret society that meets somewhere to talk about it? Secret handshakes and code words? Why’s no one ever invited me? I love the thought of a community of Christians. Seems like the more we have in common, the less fighting there might be. Seems like agreeing upon basic human beliefs might be important to lasting peace? Maybe it’s just me.

“But what about freedom of religion?” people will ask. “Wasn’t this country founded upon the freedom of religion? Isn’t that what made it great?” The truth is most of the founders never imagined Hindus, Buddhists, Muslims, or anyone else coming—or wanting to come—to America. It was a Christian nation, full of Christians whose Christian ancestors over the previous several hundred years had been killing each other because they insisted that to question their particular variety of Christianity meant death. Lots and lots of death—and this is just from a single religion. They wouldn’t have imagined trying to combine other religions together peacefully, based on what they’d experienced. The whole freedom of religion thing was specifically a response to Christians fighting with each other, not because they dreamed of the atheists and Buddhists holding hands and saying “In God We Trust.”

It appears that our country—and many others—are going to end up splitting apart. Some people want NO countries. NO nations. NO borders. What’s going to happen to us? What do we do? Where do we go? I used to think the idea of forming a Christian community was crazy. Why would anyone want to do that? America has such a beautiful story founded by brilliant men who thought through so many problems.

Unfortunately, as a straight, white, Christian male—a similar kind of person as those who founded this nation—I’ve become a stranger in my own country. My faith is attacked. My gender is attacked. My race is attacked. Even my heterosexuality is attacked. Everything about me is used as an explanation for what’s wrong with everything in the world. Why me? What have I done? I’ve done nothing. I’ve broken no laws. I’ve hurt no one. I’ve been unkind to no one. I’ve tried to help those who needed help. And in return, this nation, that beacon of hope for immigrants all over the world, has collapsed into a heap of guilt and self-hatred, its finger of blame pointed squarely at people like me.

I’ve kept silent for years while I watched America being destroyed from the inside out. I hoped that it could be saved—if enough people voted a certain way, or if enough Christians prayed fervently for good leaders and revival. Even now, there are people working very hard within our government to right the ship—people who’ve risked their lives to bring back honor and integrity to our country. I pray for these people every day. I pray that God would use them to restore our nation.

But the last few months have really concerned me. Have they bothered you? Statues being torn down—in the name of racism? Riots, looting, rampant disregard for law and order—police officers being ordered to let criminals burn cities to the ground? You’ve seen all this, right? But it’s not just that. It’s the increasingly anti-Christian sentiment you see everywhere. Worship services have been canceled. Singing is prohibited. Churches are burning. And there’s the increasingly anti-white sentiment. Entire cities are forcing their white employees to undergo indoctrination training. Corporations are doing the same thing. There’s rampant violence. Instagram, one of the largest social media companies in the world, recently included a “Mute White People” feature in their app.

This is to say nothing of the masks. Vaccines. Social distancing. Shutdowns. Lockdowns. It hasn’t been but a few months and I don’t recognize our country anymore. So many people seem to have completely lost their minds. They do whatever they’re told and never once think to question their authorities. Take this pill, stand in this line, say this phrase. What’s happened to everyone?

Like I said, I refuse to live like this. It doesn’t matter who wins the next election—things are likely to get worse. People will either be angry they lost and seek revenge. Or they’ll feel empowered because they won and are likely to take a way even more of our freedoms. So, I’m going to do my best to find as many other people as possible who refuse to live like this anymore—while we can.

I want to seriously consider the idea of a Christian community—a new community that in many ways could use early America as a template. If this threatens you, don’t worry—no one will force you to watch or listen. You can move on to other things. But if this is something that has crossed your mind—and I KNOW there are some of you out there who this HAS crossed your mind, keep listening. We may have a very bright future after all. And that is my incredible opinion.

Stop wearing masks, right now. If you value you and your family’s health, stop wearing masks. Not only do they not work, they are likely setting the stage for many other problems. Masks were originally worn by surgeons to prevent them from spitting or sneezing into open body cavities... 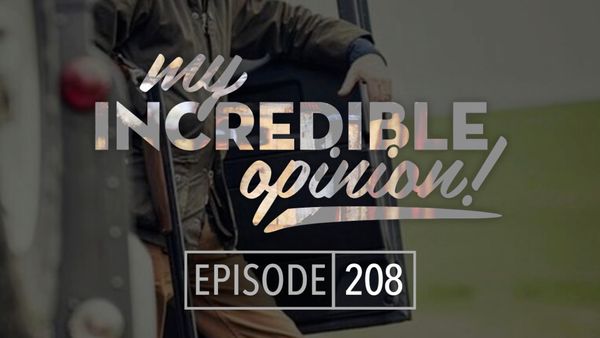 Are you “trans?” Most of the world is actually trans, it would seem. Trans—not as in transvestite or transgendered, but transhuman—a much more terrifying concept that I wrote about in my 2017 novel, Massa Damnata—soon to be a trilogy. How do you know if someone is transhuman?