If you haven’t noticed, there’s a lot of movies, books, and TV shows these days about the end times. Dystopian fantasies, they’re often called. The Road. The Stand. The Walking Dead. Hunger Games. World War Z. They all involve a theme where things have gone very wrong in the world and everyone is reduced to the struggle for survival. Gone are Saturday night barbecues, trips to Disney World, and drive-thru meals, and nearly every other convenience humans enjoy on any given day. Within the dystopian genre, these activities are often replaced with scavenging, hiding, running, and killing. It’s a popular theme these days and I think I know why: we miss having a tribe.

I live right on the bottom right tip of North Carolina, an area that’s frequently struck by hurricanes. What happens when it looks like you’re going to get hit? Grocery stores clear out. You gas up your cars. Check the generators. Board up the windows if it’s bad. I’ve probably been through 10 or 15 of them in my life, and I’ve noticed something interesting about what happens when a big storm is approaching: People get excited. They actually look forward to them in a way. Obviously, we don’t want people killed or to have our homes destroyed, but things change, very quickly. Kids stay home from school. People don’t go in to work. Neighbors, who would normally never interact, they start talking to each other.

After a hurricane has passed, you’re almost always without power. No AC means you open the windows to try and keep the house cool. You have very little communication with the outside world. Networks are all jammed up with traffic and even your cel phones have difficulty texting or making calls. So, people walk outside, inspect the damage, and start offering to help each other. I have a chainsaw—can I clear your driveway? I have a grill—can I cook you some breakfast? Do you want to borrow my truck? Do you have any ice? This sort of thing. All of the isolation and individualism we live within every day is gone instantly. We start relying on each other and you know what? It feels good. It feels right. It feels like the way humans have lived for thousands and thousands of years.

As it turns out, this is a very important element to human existence we are completely missing out on. For most of human history, survival depended upon the direct support and cooperation of others. This is how tribes formed. As a father, alone you would never be able to protect your family from harm or your resources from being stolen. You had to work together with others you shared a common bond with—people you trusted—to survive. You might offer some of your corn to the neighbors who helped you harvest it. You might offer more to those who fended off a band of marauding Indians.

In modern culture, we have almost no connection with those who do these same things. We don’t help anyone harvest the food we eat—we pay money to a grocer who pays a distributor who pays a co-op who pays a farmer who pays the farmhands that actually pulled the corn. If marauders were to threaten our family, most people would place an emergency call to an unknown 911 dispatcher who would send unknown police officers racing toward the house. We might thank the officer for their bravery in confronting the bad guys, but there would likely never be another interaction with that person again.

The beauty of the free market and Capitalism is it promotes the free exchange of goods and services in such a way we have access to much more stuff than we could otherwise. A shared, stable currency allows us to buy and save, invest and repay so efficiently that even the poorest Americans live in more comfort than royals did just a hundred years ago. It’s an amazing system—the best that’s ever been tried. But there’s a problem. A limitation, really. Capitalism, and the free market can only provide you with stuff. They can’t provide you with meaning. With purpose. Those exchanges and interactions with your neighbors—your people—where your direct investment in their family’s life (or theirs in yours) is felt and appreciated—it’s the only thing that can provide that.

I’m working on a book about this phenomenon which may be available by the time you read this. It’s called “Tribal Economics” and the LACK of it is one of the main reasons so many in America—this nation of plenty—are so unhappy. Capitalism has worked—incredibly. We have more stuff than we could possibly want, so much so that the gift-giving of Christmas and birthdays have essentially become meaningless for all but children. A few years ago, my brother and I exchanged presents. He gave me a $25 Barnes & Noble gift card. I gave him a $25 Barnes & Noble gift card. The next Christmas involved him giving me a $25 Barnes & Noble gift card then me handing it back. We soon realized that exchanging gifts in this way was meaningless gesture that benefited no one. Capitalism provides a way to give your friends and family incredible gifts that have very little meaning for either of you.

The success of America—and modern civilization, in general—has created a self-sufficiency that has ended up making people psychotic. They are starving for the profound meaning and purpose that can only come from depending on—and being depended upon—from others. Before America became such a multicultural society, that sense of tribe remained strong, despite the free market providing so abundantly. Neighbors helped and accepted help from each other, wherever they could. Now, the very concept of tribe—a group of people who have as many things in common as possible—is called racist or un-Christian. As a result, we are “Bowling Alone,” a great book if you’ve never read it. Outside our immediate family, we depend on no one, and are depended upon by no one—a recipe for sadness and emptiness that will always deliver.

As Christians, our faith is central to our contentment and joy, obviously—but God did not make Creation for just one person. He made it for many. Friends. Couples. Families. Nations. He made us need to be part of a tribe—a group of people through whom we give and are given. This is why hurricanes and snowstorms and dystopian fantasies excite people so much nowadays. They sense their lives are missing something important. They sense the happiness that only tribes—people working tightly together in order to survive—can provide.

The free market and capitalism have given us nearly every physical object, safety and security we could ever want. And yet we can sense our lives are incomplete, profoundly lacking in joy or contentment—the inevitable result of having no tribe through which the free exchange of—not goods and services, but—meaning and purpose can be conducted. You can talk about capitalism or socialism or Marxism all you want. You can donate your every Saturday to Habitat for Humanity and your every paycheck to the Red Cross or the Peace Corps, but without a tribal economy—depending on and being depended upon your tribe—you will never be truly fulfilled. And that is my incredible opinion.

It's been just a few months and vaccine manufacturers and public health officials are already talking up—not only the likelihood, but necessity of—getting booster coronavirus shots. 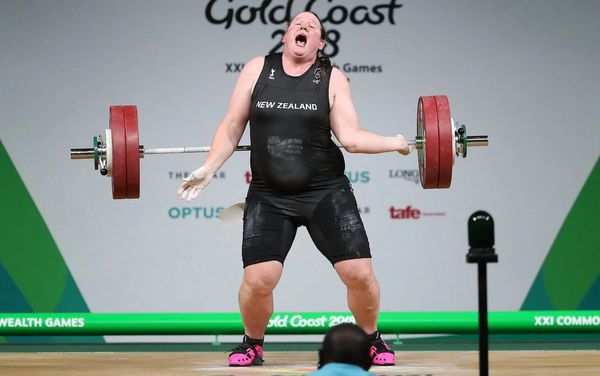 The NCAA, which has gone fully woke in recent years and is likely beyond saving, has just emphatically expressed their support for biological males competing in female sports—so long as they are undergoing testosterone suppression therapy or drive a Prius.