Nationhood is the lowest common denominator of the human experience. You can call it community, your tribe, your people, your whatever, but regardless, humans have always—and will always—have to band together for protection from those that would harm them or take their stuff, as is more often the case of late. The modern idiot believes that nationhood is an antiquated concept that no longer applies to an intellectual, progressive society. The concept of nation is, to these idiots, unnecessary and even worse, offensive. Because they believe that everyone is equal and the same, all people should get along with others and no one will ever go hungry and we can all sing Kum-Ba-Yah underneath double rainbows all the way.

Nations, an advanced form of community or tribe, are necessary to protect you—and your family and others you have chosen to associate with—from others who would like to kill you or take your stuff. This basic concept is the foundation of nearly all political and economic conflict. It doesn’t matter if we’re cave men with flaming sticks or drone pilots in an air-conditioned mobile home in Arizona dropping tactical nukes on Arabs in the Middle-East—either way, nearly all conflict starts with the tension between one group that HAS, and another group that WANTS.

Nations don’t happen by accident and are very expensive to maintain. I don’t just mean money, I mean with lives. Nations require human sacrifice, often in the form of young men fighting to protect what their families HAVE from others that WANT what their families have. And for young men to fight and to protect what they have, they must love what they are willing to die for. There is of course, honor and valor in battle, where men fight to gain status or the affections of a young woman they wish to marry. They may gain the adulation and respect of their fellow soldiers, family members, and peers, but in general, if you don’t teach boys to love their nation as they grow up, they will not fight for their nation when duty calls. And when you have men who will not fight to preserve their country, you won’t have a country for long.

In the United States, most students no longer face the flag, hold their hand over their hearts, and say the pledge of allegiance every morning in school like I did. Instead, 2nd and 3rd graders are taught how racist and evil this country is. If you’re unlucky enough to have been born a male and white, you may be forced to stand in front of the class and apologize for all the suffering you and your ilk have brought upon the world. You will likely face ridicule if you show the least amount of pride in the nation your ancestors created. You will go to the back of the line for nearly any job or college opportunity you ever apply for. If you’re a farmer, your government may create programs to make sure you don’t get any help from them so other races might have that money. If you’re a small business owner, your bank may require you to hire less white people in order to qualify for a loan.

This is just the tip of the iceberg for these sorts of things that are happening right now. I could go on and on for days listing the ways in which young white males are systematically being discriminated against. Unlike the fake racism we are accused of, when government programs, college admission offices, company human resource departments, and institutional lending programs ALL have policies in place to make life more difficult for being white, I think it’s probably okay to call it systemic racism. Regardless, the net effect of all of this madness, all of this anti-white racism is—we are not raising boys who love their country. And we haven’t been raising boys who love their country for at least a generation or two now.

This is not a critique of the military of course, but of how we, as a nation, have not made proper provisions to maintain an effective military. It is a statement of fact: if you don’t teach boys to love their country—if you teach them their country hates them—they will not be willing to die, or possibly even fight at all, for their country should the time come. And unfortunately, that time will always come eventually. No nation lasts forever. It may run on fumes for a few years, but once there are enough men who weren’t taught to love their country as boys, your nation is as good as dead. And that is my incredible opinion. 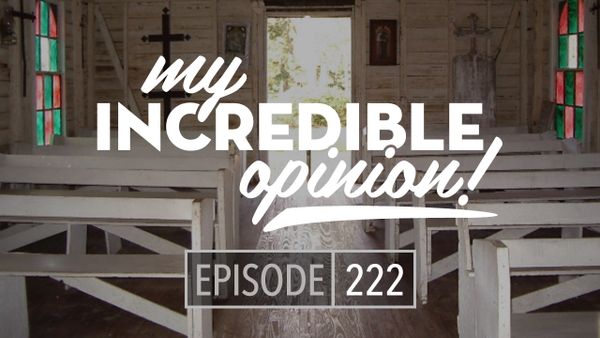 Marriage is a covenant, promise, and relationship between a man and a woman. Anything else is not marriage and I want to explain why. If any man wants to provide a stable and secure future for his family and descendants, you must focus first and foremost on creating—or sustaining—a stable nation. 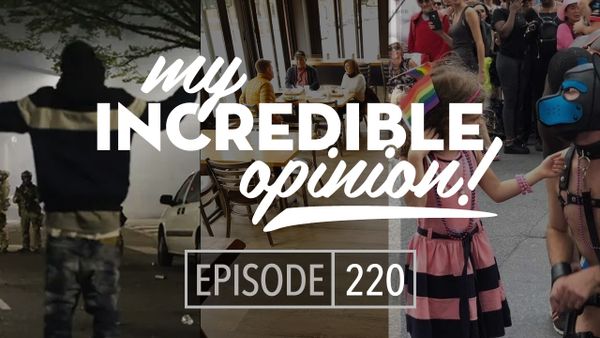 The vaccine wars are continuing to heat up, if you haven’t been following things the past couple of days. It’s hard to even watch, sometimes, but I try to keep up with things because I’m predicting the whole vaccine situation will be the tip of the wedge that drives our country apart.