I want to explain why so many in government, tech, public health, pharma, and philanthropy seem to be SO eager to push the coronavirus vaccine.

If you haven’t noticed, all rational thought seems to have left the planet. Governments, health officials, technology companies, and everyone else are pushing an experimental medical therapy—the coronavirus vaccine—on anything with two legs. They are censoring any message, video, tweet, or post that goes against this, even from some of the most prestigious doctors, scientists, and epidemiologists on the planet.

It doesn’t matter if thousands of people are dying from the shot. It doesn’t matter if you’re the guy that invented mRNA vaccines. If you don’t push the narrative that the coronavirus vaccine—and only that—will save us, you are seen as the enemy. Why is that? Why are people SO incapable of rational thought or discussion on this issue? It seems like scientists would WANT to have open and transparent conversations about this. But they don’t.

Many people will say vaccines are all about money. Bill Gates is not pushing vaccines for money, no matter what you think. He doesn’t need more money. Money plays a tiny part in this whole charade. It’s not nothing, and there are loads of people making money from this pandemic to be sure, but that’s not what’s driving most of this. Some people will claim the coronavirus vaccine is part of a master plan for population control. There may be some people who are actually taking part in something nefarious but even if there are, that isn’t the main reason why ANY negative talk about vaccines is being censored.

When people are de-friending you because of your vaccine stance, it’s not because they can’t make money from you, and it’s not because you’re not participating in their depopulation agenda. Ordinary, seemingly rational people, all over the world are treating those who refuse these vaccines as if we are pure evil because of something other than money or globalist agendas.

The main reason most of these government officials, public health officials, tech and pharma companies, and everyone else are so aggressive about protecting the coronavirus shots is because they have a RELIGIOUS devotion to vaccines. People tend to think of religion as based purely on an unseen deity, but in the last few decades, something else replaced this traditional definition: science. And technology. For many people, these two things have become that thing they worship.

Humans are designed to worship something. It is in our DNA. It is unavoidable. And many people have unwittingly found themselves worshiping at the altar of Science and Technology. They may still go to church. They may still pray. But their faith—their trust—is more easily put in “science” than God. I can’t overstate how important this is to understand. All humans worship something. Even atheists. Many people, Christians included, have replaced God with science and technology as the most important entity in their lives.

For those who worship science and technology, protecting the vaccine story is paramount. There is nothing else more important to maintain the faith of their followers than to sustain the myth that vaccines saved humanity from destruction.

This is why discussion about Hydroxychloroquine or Ivermectin and other medicines is being suspended by those very people who worship science and technology. It doesn’t matter that these may be miraculous drugs that could save thousands—vaccines are more important. No matter what, they cannot afford to let the public lose its faith in vaccinations.

This is why honest reporting about the experimental nature of the coronavirus vaccines will not be allowed. This is why stories about people who have been killed or their lives ruined by the vaccine will never see the light of day.

This is why rational decision making is not going to happen regarding the coronavirus shots. This is why they’re recommending children who developed myocarditis after the first shot go ahead and get their second. This is why people who have lost a loved one to the vaccine will say I’d still get it again if I could.

Vaccines are the cornerstone to this modern religion. Nothing else comes close.

So as you try and unpack and understand all the irrational behavior so many otherwise intelligent people appear to be exhibiting regarding the coronavirus vaccines, just remember: They are religious zealots who are protecting their savior—vaccines. Nothing else matters as much to them. And that is my incredible opinion.

If you’re interested in the greatest myth ever told regarding vaccines, I have a book that covers the true story of polio called “The Moth in the Iron Lung.” You can get it here.

If you’re interested in the greatest medical cover-up ever committed, I have a book that tells the true story of vaccines and autism called “The Autism Vaccine.” You can get it here. 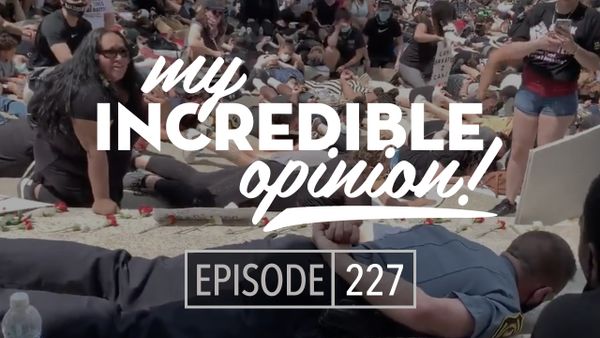 The problem with war is most people don’t even realize it’s happening until it’s over. It might be through willful ignorance or perhaps the bombs are just dropping too far away, but regardless, it is human nature to avoid or ignore the signs of conflict. 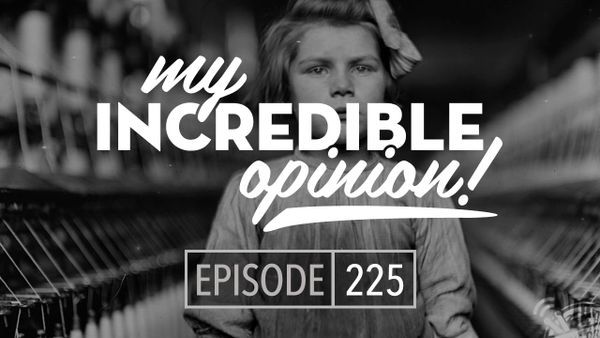