The world continues to fall apart and for those of you still able to think independently—or at all—I want to try and explain what’s going on.

I was raised under the impression that everyone wanted freedom. That’s why people risked their lives to come to the United States—because they wanted freedom. That’s why men fought and died in battle—to preserve our freedom. This may be already obvious to some of you, but what I’ve realized in the time since I’ve become an adult is that not everyone wants freedom, and in fact, MOST people don’t want it. They may want FREE STUFF. They may want freedom from responsibility. They may want freedom from being told they are wrong, or are dumb, or are not allowed to do something, but when it comes actual freedom, most people actually don’t want it. When you are truly free, your life becomes your own responsibility, and most people don’t like that. They want other people to take care of them. When you’re truly free, your family’s safety and well-being becomes YOUR responsibility, and most people don’t want that. They want to outsource it to the police. Government. Health officials. Anyone, but themselves.

It turns out there are only a small group of people who actually want to be free. When you have a country built upon the notion of freedom that’s full of people who DON’T like or want freedom, the nature of the country is going to change. It doesn’t matter what the law says, or the fancy pieces of paper you store in museums say—if the majority of the people in your country don’t want freedom, you are not going to have freedom.

America, at one point, was full of voters who treasured freedom. But several things changed that over the last 100 years. Giving women the right to vote was probably the single biggest blow to being able to sustain a free country. Most women, by their nature, do not want to be free. They are genetically disposed to seek help and protection beyond what they are able to do on their own. This is a feature, not a bug. It is the nature of men to offer this help and protection. The resulting partnerships should result in strong families, the sums of which are greater than just their parts.

When you give women the power to ask for help and protection through political channels, many will take to it very quickly. They will gladly give up nearly any freedom in exchange for the promise of they and/or their families being taken care of. That is their number one concern in life, naturally, something for which the sacrifice of personal freedom appears to be so far away that it doesn’t bother them.

You can clearly see this in feminist-run countries like Australia and New Zealand, where any semblance of freedom has been thrown on the trash pile in exchange for the promise of protecting their citizens from a viral infection. In a matriarchal, feminist society, safety is THE most important function for government. It doesn’t matter what you lose in the process. The ability to project out 5 years, 20 years, and say the cost of giving up these freedoms is not worth the cost—it’s just not going to happen with women leading government programs. It is not in their DNA to make these kinds of long-term decisions. “Do I feel safe, right now?” Every political decision is based on answering that single emotion-driven question.

Unfortunately, many of the world’s nations have transitioned into various forms of matriarchal, fear-based governments. Rather than concerning themselves with providing their citizens FREEDOM, they have become obsessed with providing them with SAFETY, no matter what kinds of freedom have to be given up along the way. This is an extremely unfortunate sequence of events because America once provided a lot of freedom for its citizens that wanted it. For the most part, it stayed out of the safety business and reminded people that it was your job to protect yourself and your family from harm. There were enough people in political office and enough people voting for them that understood this distinction to keep the United States a freedom-focused country.

Over the past one hundred years, America has nearly completed its transition into a feminist-led, matriarchal society that is driven by fear rather than freedom. Many men have been emasculated in the process and now look to the government (rather than themselves) to assuage their wives’ fears and need for safety. Unable to project any sort of masculine traits, the only comfort they can provide their wives is through voting for evermore safety-focused politicians and legislation.

This is a profound shift that is inevitable in any society or nation where women can express their desire for safety over freedom through political elections—particularly acute in societies where women are encouraged to live their lives free from the bonds of marriage or motherhood.

Women also have a natural instinct for agreeableness. For getting along with other people. It’s sometimes called the “tend and befriend” instinct—an anxiety-driven response that is completely the opposite of the male-centered “fight or flight” instinct. Women do not like creating tension and conflict. They try and avoid it. They try and find common ground. “Can’t we all just get along?” they might ask in a tense situation. Again, this is a feature, not a bug. We want our mothers and wives to be this way—within the domestic sphere. We do NOT want this as a primary feature of politics or diplomacy. We want to project power and strength, not weakness. It even ends up destroying other things like science or mathematics, fields of study that are rigorous and must hold up to academic scrutiny. If you propose a hypothesis, you must be ready to defend it if the data does not appear to support it. If you are a peer-reviewer, you must be ready to dismantle a hypothesis if the data does not appear to support it, no matter how much it may hurt the feelings of the person who originally proposed it. Emotion-driven science and math end up killing people through collapsed bridges or misguided drug approvals and a million other unintended consequences.

Agreeableness is a necessary component of domestic life but can be deadly outside of it. The desire for safety rather than freedom has led to tyrannical governments that will stop at nothing to achieve their goals and once free societies are suffering greatly for it. As we look to what the future might look like, a return to a patriarchal society driven by men who treasure freedom above safety will be necessary to avoid falling into the misery of the matriarchal nations we now live amongst. And that is my incredible opinion. 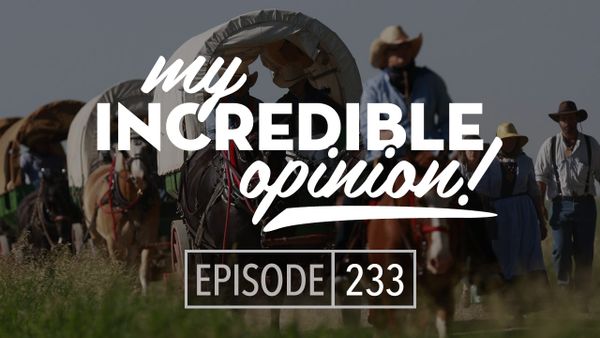 The vaccine mandates recently proposed by the people who tell Joe Biden what to say are not legal and I want to tell you why. I am not a legal scholar but I’ve read a few things about these mandates that has me convinced they will not be able to be enforced—by the government at least. 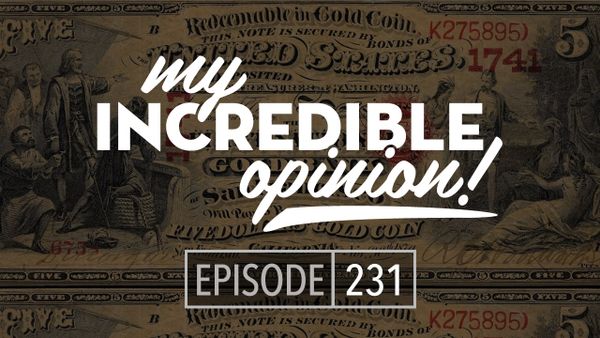 Today is August 10th, the second year of our Lord Protector’s gain-of-function-driven pandemic and the world has gone mad. Lots of interesting things going on, of course: vaccine passports, mandatory vaccines, booster shots, and lots and lots of protests—