The vaccine mandates recently proposed by the people who tell Joe Biden what to say are not legal and I want to tell you why. I am not a legal scholar and, in fact, would probably make a horrible attorney, but I’ve read a few things about these mandates that has me convinced they will not be able to be enforced—by the government at least.

If you’re not familiar with these ridiculous demands, they are saying that not only Federal agencies must get their employees vaccinated, but those who work WITH the Federal government as contractors. And not only that, if you have a business with over 100 people, you must also require your employees to have a coronavirus vaccine—or face weekly testing. Why is it 100 people? Was there a scientific study that suggested anything over 100 people would cause a dramatic virological shift? No, of course there wasn’t. It was just a number they picked out of thin air—a number which they will lower to 75 or 50 or 25 when the time is right.

As far as I can tell, this order makes no mention of whether employees who are working from their homes or are all together in the same office or who work in the field will also have to get vaccinated or tested. Those are details a tyrannical government just doesn’t have time to consider. And for those who have already had a COVID infection and now have natural immunity? Well, that doesn’t count, because it’s not a vaccine, and although we’ve had nearly two years to study it, we just don’t know how long coronavirus immunity might last if acquired naturally. It’s just too dangerous to assume it works as good as vaccines.

Many governors have already announced they will not allow these mandates within their states—27 of them at last count. They will challenge them in court and if the judges interpret the law as it is written (and as it has been recently interpreted) I don’t think these mandates will stand. It’s obviously not a given judges will do any of these things—as many of them are political hacks eager to use their power to forward their ideological dreams—but for now, we can hope things are done fairly.

When it comes time to determine whether these mandates are legal, there are two things the judges will need to look at. 1) Is this what they call a “major” rule? And 2) Has Congress clearly authorized this type of action?

Is this a major rule? Well, of course it is. It’s huge, likely to impact more people on a level than anything the Department of Labor—the agency that is supposed to enforce this whole thing—ever has or ever will do. It could affect over a hundred million people. That’s major. It could potentially kill them. That’s major. It could possibly cause lifelong illness and suffering. That’s major. As far as I know, there has never been anything remotely close to the scope and possible harm this would cause. There’s never been anything where 27 states announced they would challenge it or refuse to enforce it just days after it was announced. There is so much resistance and controversy surrounding these mandates there is absolutely no way you could say this is not major.

The second consideration: Has Congress clearly authorized this type of action? Well, absolutely not. The most commonly referenced piece of legislation is the Occupational Safety and Health Act of 1970—it is a significant piece of legislation, something that was just used a few weeks ago as the Supreme Court decided that the CDC’s eviction moratorium was not legal and should be stopped. Guess what? The Occupational Safety and Health Act makes no mention of vaccination, as far as I can tell. Congress DID give Health and Human Services vaccine powers in case of “significant outbreaks of infectious diseases” but the Department of Labor, who’s supposed to be enforcing these mandates? No. There has never been an authorization from Congress for the Department of Labor to do anything like this. Ever. At all.

If the judges who end up hearing these challenges to the vaccine mandates use common sense or logic—not always a given—there is no way these mandates will stand. They are illegal. Unconstitutional. Completely bonkers and should have never been considered in the first place.

Now, I’m guessing the people that tell Joe Biden what to say already know this. Either they believe they have enough judges in their pocket to get a meaningful number of state challenges to fail, or they don’t care if they win or lose, they just want to push the private sector closer to doing their dirty work for them. There will be many private companies, with employees over—and UNDER—one hundred, that will take a hint from their favorite overlords and enact these sorts of rules anyway. Even if the states do not require them to do it, they will still do it—something conservative darling Kristy Noem has already said she wouldn’t do anything to stop. You think they’re on our side? They’re not. They’re really not.

I believe Montana is the only state at this point that has already signed legislation preventing employers from asking your vaccination status for employment. Florida’s ban only applies to government agencies, not to private companies, if I’m reading the legislation right. So if you live outside of Montana, the mandates may fail but some of these companies may enact them anyway and the government will have gotten what they wanted without having to look like the bad guy so much.

A lot of people are concerned about these vaccine mandates—I know I am—but I want you to try and be patient and let’s see how these challenges play out. All of the drama surrounding mandatory vaccines may end up working in our favor. The number of people questioning vaccines—getting vocal about them and learning about their dangers—has grown so much in the last two years. There is no way we could have ever reached this many people and woken this many people up without something significant like this happening. People are angry, and we need them to be angry.

If you are anxious about how our country will make it through a conflict this significant, you don’t need to be. We won’t. Just know that. There’s no way we make it through this in one piece. We may end up on the other side in two pieces, or twelve, or 27, but either way, the America you have known—the land of the free and home of the brave—it no longer exists. The remnants surround us, the flags, a few Star-Spangled banners, some fireworks now and then, but there are far too many people that do not want what you and I want to actually sustain America. It is dead. It doesn’t look like it on the map, but with some X-Ray vision, you can see the cancer that has infiltrated our once great nation. Surgery is impossible. As has been said many times, you will never rid yourself of tyranny through the voting booth. It’s never been done before, and it won’t be done this time. These mandates, whether enforced by the government, or by private enterprise, will spell the official end of the United States. The public one—the one that people can see and admit to.

A new start will be required. A new nation, one committed to the same ideals that originally inspired America. A few updates will be required, along with a commitment to unity in all things over diversity, and maybe, just maybe, God will shine his face upon us once again and we will raise a new banner and sing songs of thanks for the nation our children are blessed to inherit. And that is my incredible opinion.

A more thorough discussion on the legality of these mandates if you're interested:
https://technofog.substack.com/p/why-the-biden-covid-19-vaccine-mandate

Vaccines are not all about the money. In fact, they’re about something much worse. In the whole scheme of things, there are very few people who are making money from the coronavirus hysteria, 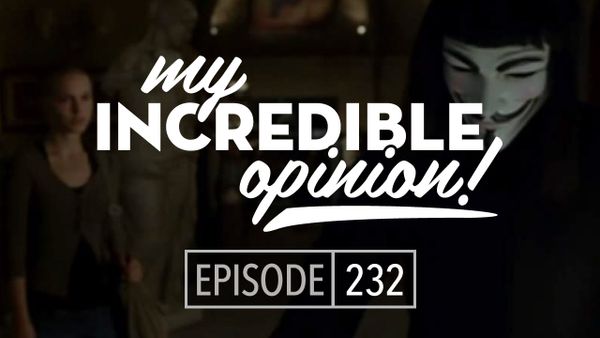