I’ve got a few songs I’d love to sing for you when time is right—that super white misogynistic racist homophobe song I think (sung to the tune of Mary Poppin's Supercalifragilistic) could be really good. In a way, they’re designed to offend, which isn’t hard to do these days. Everyone needs to lighten up and realize that humor is the most important release valve we have in dealing with stressful situations. And insisting that men should be able to compete in women’s sports is definitely a situation that calls for lots and lots of humor. Unfortunately, the feminist children currently in charge of our society, culture, churches, and nation are so obsessed with victimhood and virtue signaling that they will screech and wail if someone tries to be funny. So maybe you’ll hear “Jettison the Johnson” playing on your AM radio station soon, because we are living in stressful times and a little bit of humor would go a long way right now.

If you haven’t been following along with high school and collegiate sports over the past few years, there has been a very aggressive movement to allow “Transgender” (did I say that right?) athletes to compete amongst the male or female category in which they identify. Much like the bathroom breakdowns, the fitting-room fiascos, and the prison predicaments, people are all confused as to whether they should scream like a girl when they lose or cry like a boy when they win. The NCAA, which has gone fully woke in recent years and is likely beyond saving, has just emphatically expressed their support for biological males competing in female sports—so long as they are undergoing testosterone suppression therapy or drive a Prius.

You will notice there is very little discussion about biological females competing in biological male sport—because, depending on the sport, they might get killed. If you haven’t heard me talk about it before, men and women are very different. Just like young and old, Asians and Europeans, Black and Whites, we are all very different from each other. There is nothing wrong with that in any way, other than living in a fantasyland that supposes the opposite—that we are all the same. This ridiculous notion that everyone is equal in all things is the main reason for the recent destruction of America and other once great nations. Regardless, there are very few women trying to get into men’s prisons, there are very few women begging to use the urinals, and there are very few women trying to play football. This is really not because it would be dangerous for the women to do any of these things (urinal cakes can be toxic), but something else: they would never win in those situations. No winning means no trophies, no scholarships, and no Wheaties cereal boxes.

They will tell you this move is necessary because it places transgender people into an uncomfortable situation to force them to admit their biological sex to other humans which can plainly see what biological sex someone is. The obvious reason men are “going girl” rather than the other way around is because they will win more. In cycling, in weightlifting, and in wrestling, men will trounce women—it doesn’t matter how many hormone-blocking drugs you take or what color Prius you drive—men will nearly always beat women in these match-ups.

Personally, I am howling with laughter over this situation because of the spectacular implosion that will likely happen throughout collegiate sports in the next few years. The children that are insisting on allowing biological males to compete in women’s sports have painted themselves into such a corner, I don’t see how they ever make it out alive. Women’s soccer player Megan Rapinoe has spoken out in favor of men playing women’s soccer, despite the obvious unfairness it would cause. As someone who is so vocal about equality, it might seem confusing that she would purposefully throw a wrench into the system in this way, but ideology comes first though, and even though it would clearly be unfair for men to play women’s soccer, she wants it to happen. Not because she loves women so much, but because she hates inequality. If she truly loved women, she might consider fighting to prevent men from taking over her sport, but alas, she is beholden to the woke ideology and will pursue it to the bitter end, even if it means destroying the dreams of those girls who idolized her and dedicated their lives to follow in her footsteps.

I’m not sure how long the wokesters are going to be able to sustain supporting just men’s and women’s sports, given that there are currently 127 genders and counting. I’m definitely curious how Billie Jean King, who is always fawned over for getting equal pay for men and women in tennis tournaments, handles this situation. I’m guessing her equality ideology will trump all and she will champion a biological male competing in women’s tennis—effectively stealing away the very thing she fought for in the first place. Novak Djokovic, a men’s tennis player who’s frequently ranked number one in the world, is one of my favorite athletes—not only because he’s a professed anti-vaxxer but also because he openly challenged the equal pay scale that Billie Jean had championed. If you don’t already know this, women’s tennis sells far fewer tickets than the men’s in every tournament—the main reason there are so few women’s only tournaments of note. Beyond the Williams sisters and a few others that have a celebrity status to bolster their draw, tournament prize money depends largely on the men to sell tickets. So Novak was right to be angry and question why men weren’t being paid fairly. You can imagine his comments were not received well, but my respect for him quadrupled overnight.

Regardless, I don’t see a way out for those fighting to allow men to compete in women’s sports. If they’re successful (which also involves convincing more men that they are, in fact, women), they will decimate women’s sports—a segment that already struggles in many ways. They may eventually decide that separation at all is wrong but rather than ending women’s sports, they will decide to end sport altogether. They have ruined the competition already with their participation trophies and sportsmanship awards. The natural evolution is to do away with any form of competition at all—the dream of every socialist or communist. They will likely “reframe” certain sports into exhibitions rather than competitions—essentially turning everything into the Special Olympics, complete with performance enhancing hugs.

So if you’re like me, when you see this kind of woke ridiculousness, you just have to laugh. It stinks for the female athletes trying to compete fairly right now, but it will pass. It will implode on itself until all that’s left is ribbon twirling and dancing. In the meantime, we—as we look to form a new community of sober-minded adults—will celebrate competition in all of its forms. We will celebrate winners. Losers will go home, empty-handed, their minds full of drive and determination not to lose again. Cultivating that drive and fight to win is what sport is all about. And I will enjoy every minute of it.

P.S. Won my tennis match tonight 10-8 in a third set tie-breaker. First and second sets also went to tie-breaks. Loved winning but would have been happy either way given how close it was.

P.P.S. I just remembered that I once worked on a project for Nike about women in sport. I did a kind of strange animation that was set to some music from Black Moth Super Rainbow. You can watch it here but I'm warning you it is offensive to me now. (I didn't write it, I just did the animation).

If you haven’t noticed, there’s a lot of movies, books, and TV shows these days about the end times. Dystopian fantasies, they’re often called. The Road. The Walking Dead. Hunger Games. They all involve a theme where things have gone very wrong in the world and everyone is reduced... 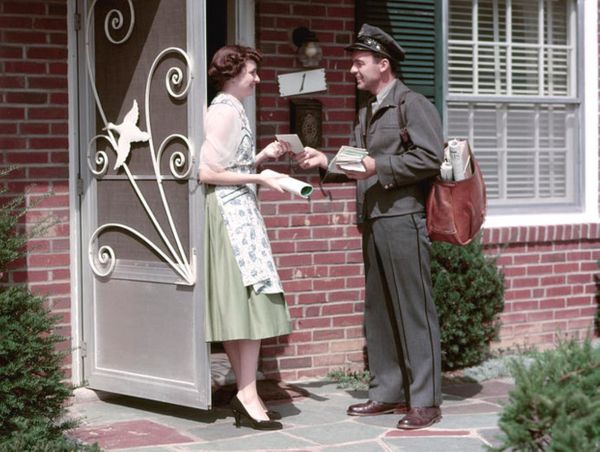 A thoughtful (and recently unsubscribed) reader sent me a good-bye letter of sorts, though I hope I can talk them out of it. I have had a few angry folks ask to be unsubscribed because of too-much-Christian content, which was no surprise.