My top 21 epiphanies, realizations, reluctant admissions, and random thoughts for 2021. Here they are in no particular order:

1. In the mind of the tyrant, tyranny is always justified.

2. The past two years of Coronavirus illustrate, if nothing else, the religious desire embedded in everyone’s DNA for rescue. For some, it was God, through their immune system. For others, it was Science, through a vaccine. Everyone needs a Savior, atheists included.

3. The last to fight will be the last to surrender. Coercion works almost all the way to the end. Until it doesn’t.

4. Complexity of technology makes it so that profound discovery only possible at this point mainly due to the collective horsepower of the hive mind. Heroic inventors will be a rarity.

5. Like Steve Jobs, Elon Musk is an extremely rare left-brained thinker with a gift for the abstract. The Asperger-like empathy deficits are necessary for driving people hard. Combine that with right-brained creativity and idea-connecting and you have someone special.

6. The left can’t meme because sarcasm only works when the actual truth is not the prevailing narrative. Sarcasm requires hunting for an unspoken truth by stating its inversion. By planting a seed. “Good luck with your vaccines” works better than “Vaccines are bad.” Give it time—the left will meme again.

7. All change is not growth. All movement is not forward.

8. We are becoming less intelligent. Music is the canary in the coalmine. The loops are growing shorter. The fact that I listened to more Hans Zimmer than Arvo Pärt is proof. The internet is pushing us in the wrong direction. If the medium IS the message, time to find a new medium.

9. Inequality is a feature, not a bug. We are all designed differently. Ages, races, genders. Embrace our differences. It’s the Olympics opening ceremony vs. the Apple 1984 commercial. Choose wisely.

10. People re-contextualize what they thought was wrong into being right. They rarely admit being in error but simply reframe their previous wrongness. If debated, they will suggest you didn’t clearly state your case or there was a missing variable neither of you accounted for.

11. You become what you hate. You hate what you become. This is why men fight wars. We must protect innocence for those who raise and nurture children.

13. Men gather. Women distribute. This is why socialism and collectivist mindsets will always thrive within matriarchal cultures.

14. Crazy is often being right, but too early. The difference between prophet and madman is just a matter of timing.

15. The majority of people don’t want to be free. They want freedom, but not the responsibility it requires. This makes the United States a losing value proposition.

17. World war will be the first true test of cryptocurrencies. Many things break down in global conflict. Pinch points appear in places we didn’t know there were places. We don’t even know how the internet itself will hold up in world war, let alone crypto. Plan accordingly.

18. Christianity is evidently a more important component of stable Western civilization than many give it credit for. Even science and math—institutions we thought to exist beyond human whimsy—are disintegrating before our eyes without it.

19. There are seasons of human existence with conflict that require you to shift your focus. The Sermon on the Mount provides many lessons. So do the Psalms of David. Where are we now? It’s not always both.

20. A matriarchal system is incompatible with Western civilization. The extreme risk-aversion/safety-first mentality works great for seeing children into adulthood. As the top-down model of governance and/or morality, it will destroy nations. Tip of the iceberg right now.

21. Tribes will soon become necessary for those who want to preserve a way of life that runs counter to the world. Start finding your people now.

Looking forward to exciting things for next year. I hope you are as well. 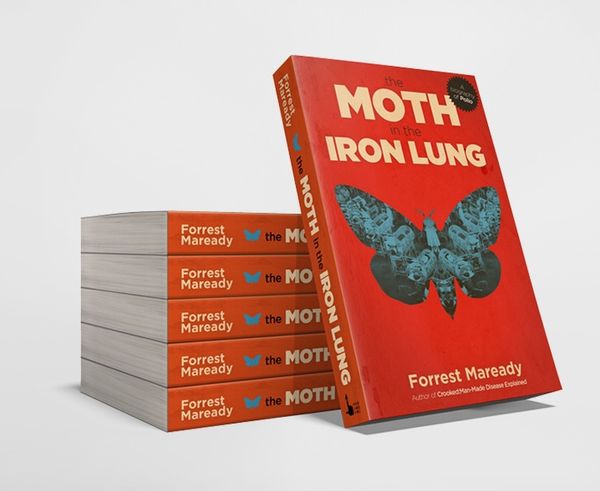 In case you're here and looking for my books, they're available here at store.forrestmaready.com. Be sure to check out "The Moth in the Iron Lung," one of my most popular books. Another popular book of mine is called "Crooked:Man-made Disease Explained." 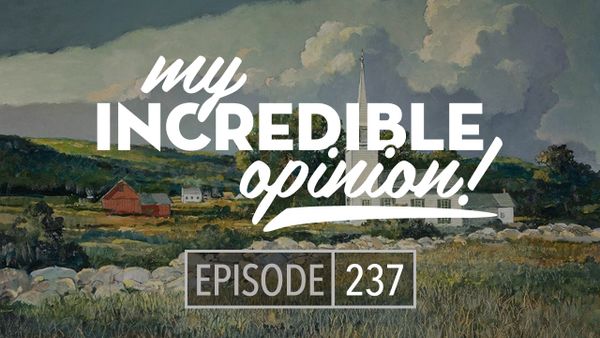 I’ve often said this will be like the Amish 2.0, and I hope you can start to see that I was serious. Many of us are going to have to move. We are going to have to leave friends and family behind to form new communities, new tribes, where our faith is treasured and our beliefs are respected.