As buildings burn, statues fall, and the United States approaches its 244th birthday, our country may be faltering. The 250-year lifespan of nations described in Sir John Glubb’s The Fate of Empires hangs like a cloud over our country’s timeline—a clock whose ticking has ascended from barely audible to deafening in just a few months. What does the future hold for the fruited plains and halcyon skies of this great nation? Could this be America’s final 4th of July celebration?

Public gatherings and celebrations of Independence Day may be checked by the specter of coronavirus, but an even greater hysteria is likely to dampen the rocket’s red glare: shame. America, the destination of choice for immigrants the world over, has been successfully cast as the largest creator and consumer of racism, the most egregious sin ever to befall humanity—according to those who define such transgressions. As they imagine things, an endless influx of immigrants are a gift to America rather than a burden, their arrival not so much in search of economic opportunity or stability, but as missionaries from far-away lands where American-style racism is unknown, their job to preach the gospel of equality to a native population unaware of its wonders.

Over the past few decades, patriotism and civic pride—once hallmark topics of any American boy or girl’s education—have given way to diversity and inclusivity training. Public schools have become government schools, and the curriculum they teach does not bode well for our nation’s sustenance. At first, prayer was removed, followed by the daily ritual of the Pledge of Allegiance. Just twenty to thirty years later and a remarkable transformation has taken place—children graduate from high school convinced the miracle of self-governance and personal liberty America was able to provide are naturally occurring and not the result of careful design painstakingly maintained throughout the generations.

As a result, 4th of July celebrations have in recent years become more a celebration of military veterans than the grand success of our nation—the fireworks, a 15-minute long spectacle of light and sound that many feel outshine any other accomplishments our country has achieved. Civic duty has been replaced by entitlement. Unity replaced with diversity. Gone are the common bonds—the love of God and country, among many others—which once bound us together. We are coasting now, running off the fumes of a once great nation.

Do those on the left simply want to reshape America into a more diverse nation, one that can finally rid itself of the shame of racism? At first, it might seem so, but with middle fingers raised, they scream “black lives matter” at black police officers who risk their own lives to protect them at night. With Molotov cocktails in hand, they burn down black-owned businesses to show their devotion to the cause. Statues, many of them memorials to those who fought to end slavery, are crashing to the ground. If America is the seat of all racism, where is the logic in these protests?

There is logic in their actions, but it is hidden. The left has found their ballyhoo in racism, a penultimate cause célèbre through which they can drape the purple robe of virtue over any desire, no matter how unrelated. But underneath the surface lies a more pervasive goal which drives nearly all of the left—and many on the right—in their decision making. They desire equality above all things. For them, it is the single measurement of success or failure in any human endeavor, be it economic, social, racial, physical, or spiritual. They quote our nation’s founding documents with pride, saying, “all men are created equal” as if this declaration of every person’s natural right to freedom and independence somehow meant we were identical in physical, intellectual, or artistic ability.

A hundred years ago, saying these things would not be considered controversial, but today, such is the fervent desire of many for universal equality that they will strike you down for even suggesting such. They hold this utopian dream in such high esteem, they are willing to suppress any and all logic to press this vision of the world into its existence, no matter the destruction they leave in their wake.

Thankfully, they have been able to locate the source of this inequality. The white man came along and somehow, despite complete and universal equality amongst all living creatures, upset this balance—an unintended testament to inequality if there ever was one. If the white man is uniquely gifted, even if beset with evil, then equality, as they imagine it, cannot exist.

Regardless, there are others in the world—those who have maintained some desire for rational thought—who recognize that all things are not equal, and that no amount of voting, special programs, lowered expectations, or good intentions can permanently level the field. These people can accept this curious constraint of the world we live in and even embrace and celebrate our differences. For decades, comedians were at the forefront of this group. They could freely highlight our variations—often at their own expense—and make fun of them. Together, we could laugh at the awkward way in which various genders, age groups, and races attempted to interface.

Comedians—a much needed release valve for accepting these differences—have been silenced. Anyone else who might make light of the way in which we differ is sought out for destruction: de-platformed, fired from their jobs, or hounded from their neighborhoods or churches. With the freedom to acknowledge our naturally occurring differences gone, and in an irony of all ironies, they have chosen a single ethnicity and gender—the white man—as the cause of all inequality in the world.

Harsh rhetoric and violence continue to escalate and many wonder to what end? Is civil war looming, an epic battle of left and right, fighting for supreme control of these grand shores? The answer is complex but those who believe in universal equality don’t want a new, better America. They want America not to exist and in fact, want no nations at all. The concept of nationhood, with its roots in shared ethnicity and culture, only serves to highlight racial differences. For this reason, they would prefer to destroy anything resembling a nation: borders, customs, religions, etc., They would prefer the opening ceremonies of future Olympic ceremonies to be a drab parade of interchangeable characters and costumes, devoid of any distinction at all.

This is why the election of Donald Trump represented such a blow to many. Washington, D.C. was on its way to becoming the center of the egalitarian world. America would be its capital state. Barack Obama was treasured by many not because he was the first black president of America, but because in a way, he represented the first president of a new world order—a planet without nations or borders, without races or cultures, equal in every way.

Hilary Clinton’s election would have represented the completion of this transition from nation-states to a borderless, cultureless utopia. The language Obama and Clinton employed spoke to this new allegiance—not to America, but to the entire world. It was a new era in the quest for universal equality, and for those who longed for this achievement, it seemed so close. When Donald Trump won the election, it should have simply represented the ceding control of the executive office to an opposing party. But for millions throughout the world, it represented the destruction of their hopes and dreams for a world-nation.

Within this context, it should be easier to understand the widespread destruction and chaos taking place as we draw close to another election. There is consternation because Trump seems, at times, unbeatable. None of the crises hurled his way seem to have affected his popularity. There is no Obama, no Hilary, to field against him, just a crusty old figurehead struggling afront a rudderless ship across the finish line.

Statues are falling and buildings are burning because they do not think they will win. White protestors are screaming at black police officers because law and order stands between them and the conflagration they seek. They cannot peacefully build their world-nation and are set upon reducing this country to ashes instead. The race wars are just one of several flammables in their arsenal with which to set things alight. The left has always acted this way. Historically, those who favor authoritarian and dictatorial regimes are the first to resort to violence when things do not go their way. It might be considered a natural reaction to those for whom rational thought or debate fails to impress.

America will be different, this time next year. Riots and pandemonium followed Trump’s first election, such was their disgust at losing. Will mayors and governors allow their cities to burn if he wins again? It would appear that many are complicit and will simply forward the bill to the Federal government in hopes our taxes will pay for their destruction. Many on the left are full of rage at having to suffer his presidency for years. If Trump were to lose, we might expect more burning but in place of protest, revenge.

Will this be our last 4th of July? This time next year, will fireworks light up the sky and strains of “America, the Beautiful” fill the air? Will violence threaten those who openly celebrate the founding of this country? Will sparklers be lit in secret, lest someone driving by note the address for payback at a later date? It is difficult to say. An asymmetrical war appears to loom before us, askew not in armaments or combatants, but in scope. One side fights for the preservation of a single nation while the other seeks the destruction of all them and the creation of a global world-nation, the natural imbalance of equality—and humanity along with it—forced into submission.

So this 4th of July, in the year 2020, light a sparkler, sing a song, and take a moment to cherish our sweet land of liberty. It was a good run we had. Perhaps we can learn from our mistakes. Perhaps the next America will make it past 250. 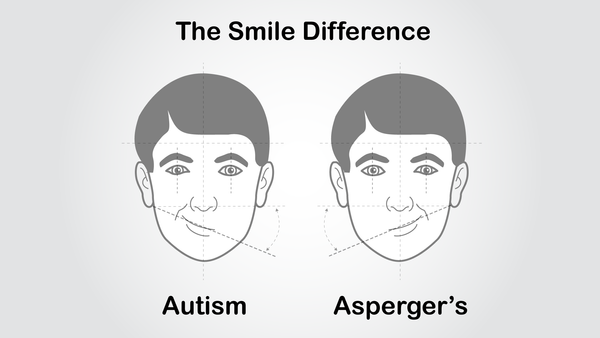 Since autism was first described in the 1940s, parents and doctors have been trying to understand the differences between autism and Asperger syndrome. Are they the same thing or something 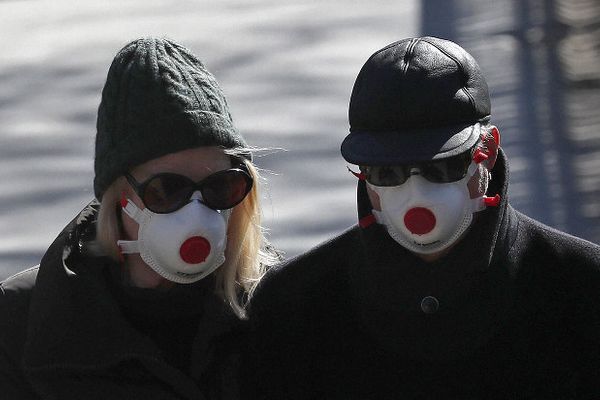