I want to tackle an important subject—the nature of the Bible itself. I can guarantee this will generate some incredible responses but if you're interested in my opinion on this, take a listen—it may be different than what you're used to hearing.

I used to spend a lot of time researching and writing about the danger vaccines pose to our children's health. Because I believed it was the most widespread, the most destructive, the most diabolical harm to children ever perpetrated, I was really aggressive about it. I called myself a board certified anti-vaxxer. In the time since, I've done more research, more study, more careful contemplation. I've gotten a little older. A little wiser, perhaps. And I've only gotten worse. I can't begin to describe to you how anti-vaccine I am now. Anti-vaccine is just not a strong enough term for what I am. I hate vaccines with a cosmic passion. It is almost Biblical, to borrow the phrase.

I received a lot of hate for this stance, as you can imagine, and noticed something about those people who would often challenge my beliefs. They LOVED references. Citations. They would state something ridiculous as if it were an obvious fact, simply because they found a scientific paper that supported what they believed. The weight they gave to a random group of scientists and a lone study that had been done to back up their side of things was immense. "Here," they would say, as if it were a piece of evidence produced in the climactic scene of a courtroom thriller. "Case closed."

For most people who erroneously believe vaccines to be a good thing, the weight of scientific consensus is all they need to feel good about their rituals—pinning their children down and injecting them with all kinds of evil. If so many people believe vaccines are good, then they MUST be good, right? Why would I need to research them. I'm not as smart as they are, anyway. What good would it do?

But there are some inquisitive folks who DO take things a step further and make an attempt at research. As I just mentioned, this often goes just far enough to find a scientific paper that appears to support their belief. Once they have it in hand, the URL copied onto their clipboard, they will go around pasting like mad—incontrovertible evidence that they are right, and you are wrong. They may even find two or three papers that say what they want, and with that ammunition, they feel themselves to be unstoppable. Unassailable.

I'm mentioning this phenomenon because I see something very similar happen with Christians and the Bible. They pluck a bit of scripture from here or there—something that supports a particular opinion or doctrine they have latched on to—as if the will of God can be fully discerned from a single verse or two. They treat the words of the Bible as if they're magic—glowing consonants and vowels that can almost be arranged and re-arranged in any order without every worrying about affecting the author's intent. And if they have the consent of the capital-C Church behind them—hundreds of years of dogma? Even better. How could they be wrong if the church fathers have agreed on what they have said and they have found scripture references to back it up?

I'll tell you how they can be wrong. The Bible, as I understand it, represents many things, chief among them the revelation of God—the revealing of his plan for mankind, our meaning and our purpose. It is a huge book, composed from many different writers and translators. It is impossible to read in one sitting and most people have never read through the entire thing. Even those that have will have forgotten much of it by the time they finish. I, myself, am a horrible Biblical scholar. I am terrible at memorizing scripture. I'm terrible at genealogy. I majored in theology in college and probably only graduated because I had an excellent professor who taught C.S. Lewis and Tolkien. Regardless, through a lot of careful study, I try to understand the intent of the Bible. I try to put things in context of the big picture.

My version of the Christian faith will inevitably be slightly different than yours. Here's something, for instance. You remember when Jesus was on the Cross and spoke to the thief beside him, saying "Truly I tell you, today you will be with me in paradise." Seems pretty cut and dried, doesn't it? The thief, in his final hour, was asking to be saved... to be taken up into heaven once he had died, right? There are Christians, myself included, who believe that when you die, you are dead. You are literally dead as dead can be. You do not pass go. You do not collect $200. This is what the majority of Jews believed at the time. The pagans had a concept of the immortal soul—the notion that you always were and always would be, that your soul was never really created, as such, and you would never really die. This is why I believe Jesus attracted so many Jewish followers early on. It wasn't because he promised them their sins would be forgiven—there was already a system in place for that (baptisms, ritual cleansing, etc.). It was because he promised them something they had thought was impossible—eternal life.

Now you and I may disagree on this and that's fine (with me at least), but if you're ever talking to someone about this subject, they'll often pull up Luke 23, verse 43: "Truly I tell you, today you will be with me in paradise." Case closed, right? Jesus is telling the man he will be with him in paradise that very day! He's likely going to be in heaven within an hour. Well, unfortunately, it's actually not so clear. Greek, at least at that time, didn't use commas. So the sentence could be read as "Truly I tell you today (comma) you will be with me in paradise." Depending on where you put the comma, the meaning totally changes. This scripture can't be used as proof of whether we go straight to heaven when we die or not, even though it's probably the most often used verse for that very thing.

What does this mean? It means you need to be very careful about what you believe, especially if you are going to insist that others believe exactly as you do. Most people don't like uncertainty, particular with matters of life and death and life-after-death, so they will shy away from even looking into this sort of thing. The consensus—the capital-C Church doctrine—says we go to heaven the instant we die and that's a great comfort to most people. The consensus also says "Not everyone though. Others go straight to hell and eternal torment when they die" This doctrine is not a comfort to anyone. Although it doesn't rely on a misplaced comma, it has its own idiosyncrasies that make quoting this or that verse more tricky than most people realize.

There is one final quirk between these two things I want to point out. Often, when debating or sparring with someone about the necessity or safety of vaccination, they will reach a boiling point when they realize they are unable to make you change your mind. This, of course, is what they ultimately seek—confirmation that not only are they right, but also that they are superior in intellect to you and can persuade you to change your mind. If they are unable to do this, they will often make some comment about your impending death due to not believing in vaccination or "science." This is the final arrow in their quiver, the last barb they can try to sink into your flesh in order to inflict pain for questioning them.

This same thing often happens when someone, sure of their beliefs, is unsuccessful at convincing you they are right, and you are wrong. They will not wish death upon you, but something, in their mind, far worse—the forfeiture of your salvation. Eternal suffering in a lake of fire. The denial of admission to heaven and eternal fellowship with family and friends. As someone who has studied these things quite a bit and feels confident in my beliefs—and the lack of scriptural support for opposing views—I find it to be the most obvious sign of insecurity and fear to suggest someone else's salvation is in jeopardy because their beliefs may differ from yours. If you do not believe that Jesus is the Messiah, whose death on the cross atoned for our sin and provided that we may one day be resurrected into eternal life, I have no problem suggesting your salvation may be in danger. Beyond that, we can all be friends. We can share a hymnal and sing together every Sunday.

The Bible is not meant to be a fortune-cookie reference system. A verse, plucked from thin air, can be used to support nearly any idea or belief. The revelation of God was meant to tell a story—a beautiful story—of why we are here and what we were meant for. We are here because it pleased God to create us. We were made to experience and enjoy both God and his creation. Regardless, there are things both you and I believe to be right but are wrong about right now. They may not be the same thing, but no matter how much you've studied, no matter how passionately you believe, there is at least one thing you and I are wrong about. It is our job—possibly the very reason God made us at all—to try and figure out what. And that is my incredible opinion. 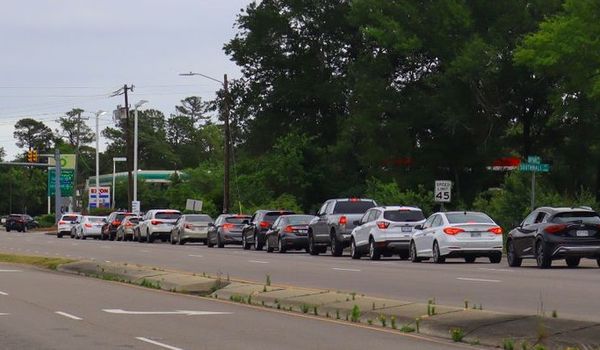 I spent much of last week in Pennsylvania near the Amish 1.0 in an attempt to study their ways. Along with their fellow Mennonites, the "plain people" in that area are a breath of fresh air, living simply without the anxieties and concerns of modern man. 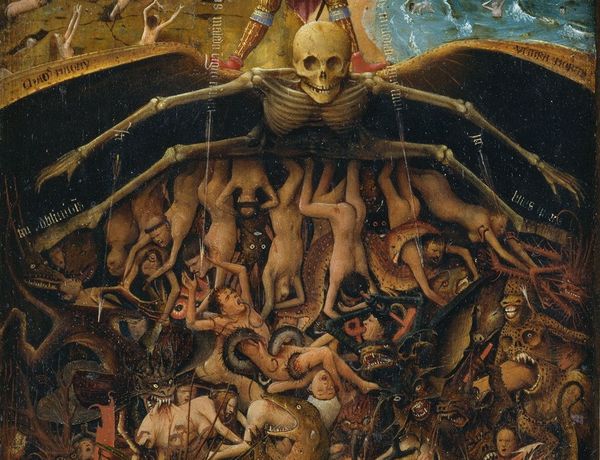 Just when I think I've said my piece on the coronavirus and vaccines, more developments appear that concern me even more. I've copied a lengthy article that was published recently summarizing some of these developments (the paper from the Salk institute being the most alarming).