The problem with war is most people don’t even realize it’s happening until it’s over. It might be through willful ignorance or perhaps the bombs are just dropping too far away, but regardless, it is human nature to avoid or ignore the signs of conflict. I read an interesting article recently from someone who lived in Yugoslavia during the 1990s civil war and the author was desperately trying to reach those of us here in America to warn us about the costs of ignoring this kind of thing. There were tanks in the street, he said. Smoldering buildings. Body bags. And most people still refused to believe they were at war.

If you’re like me, you disavow political, racial, and any kind of violence besides maybe athletic competition. The problem is, many other people do not. They do not disavow violence, and in fact, they honor it. If you’ve ever seen crime statistics, particularly violent crime, you may have noticed that certain people groups consistently rank higher on these lists than others. All kinds of reasons will be given—poverty, homelessness, gangs, lack of a father figure, etc., but what’s interesting is the unspoken assumption that those violent groups are embarrassed about their numbers. That they want nothing more than to get their murder and rape counts down to resemble other people groups.

I wish this were the case, but unfortunately, it’s not. Some groups are perfectly fine with those high numbers and in fact, would be ashamed of their group if they were not. The people I tend to hang out with value dialogue, finding common ground, and trying to resolve conflict peacefully. These traits, which have defined my people group for hundreds of years, may be seen as weakness by others. They may be viewed as vulnerabilities that can be exploited.

These are stereotypes of course. There are a few people here and there who do not fit this mold, but regardless, stereotypes are one of the most useful tools a human being is capable of employing to stay alive or to keep their family safe from harm. You might think of it as pattern recognition and recognizing patterns of behavior is becoming more and more important these days.

The fact of the matter is some people groups are less likely to engage in peaceful dialogue about a source of conflict and are more likely to resort to violence—long before the thought of beating someone over their skull with a bike lock might have crossed your mind. Because of this, when other groups begin resorting to intimidation and violence, a peaceful group like the one I belong to is extremely reluctant to recognize there is legitimate conflict going on. They may volunteer in a related charity and wake up one day in the hospital having been raped or beaten within an inch of their life by the very group of people they were trying to help. And still—they will wonder what they did wrong, what line they crossed that may have driven others to hurt them in that way.

One of the first things any political party in power does to encourage political violence is to de-criminalize those people who break the law like this. That might include letting certain people out of jail, turning a blind eye to criminal activity, or refusing to prosecute those who’ve been charged—usually on a ridiculous technicality that allows a district attorney to claim innocence. With the threat of jail removed, thugs and thieves can go about their business with impunity—provided they target the right victims, of course.

These very things are happening right now. Certain people groups are being allowed to commit crime without penalty. Others who’ve been charged are either getting the lightest sentence possible or their charges dropped outright. This is the way war often starts—political violence committed under the guise of regular citizens angry about this or that. It’s state-sponsored violence, of course, but us humans just don’t want to see it. We don’t want to believe anyone would purposefully allow something like this to happen.

If you don’t pay attention to this sort of thing, you should go ahead and start keeping a very close eye on where we are headed. You should be aware of where you are, and what other people may be doing around you. You should be aware of where your children are going to be, especially if you are unable to keep an eye on them. Those people groups who tend towards violence and intimidation are growing in number and in bravado. Their time spent in jail is seen as virtuous, anyway.

Things are declining fast, and I’m guessing by this upcoming June or the next, there will be a new flag flying over the White House. It may only be up temporarily, but my guess is the stars and stripes will be viewed as too divisive to even display. They’ll claim it to be an act of “unity” to remove the American flag from over the White House—"a symbol,” they’ll say, “of hate and racism that will only rub salt in old wounds.” I am guessing that over the next couple of years, the Juneteenth concept that progressives have recently become fascinated with will become the de facto national holiday for them. They refused to issue fireworks permits to allow a show at Mt. Rushmore this year and I can imagine this sort of patriotic censorship will continue—all under the guise of peace and reconciliation of course. It may take a couple of years, but before long, the July 4th celebration, like our national flag, will be declared too divisive to continue. The ‘Star-Spangled Banner,’ ‘My Country Tis of Thee,’ and all the other American hymns will be retired in favor of new, politically correct songs.

Perhaps one day as you sit in your recliner on July the 4th and wonder why all the patriotic specials disappeared, you’ll consider we were once at war—and somehow you missed it all. And that is my incredible opinion. 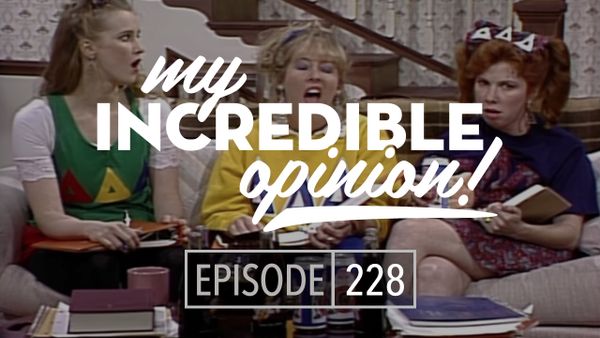 Good day, my fellow human beings, fighting the fight against medical tyranny, government overreach, and progressive ridiculousness. There is so much to talk about these days and so little time, but I have to spend a few minutes updating you on a few vaccine-related matters. As I—and others—have

I want to explain why so many in government, tech, public health, pharma, and philanthropy seem to be SO eager to push the coronavirus vaccine.